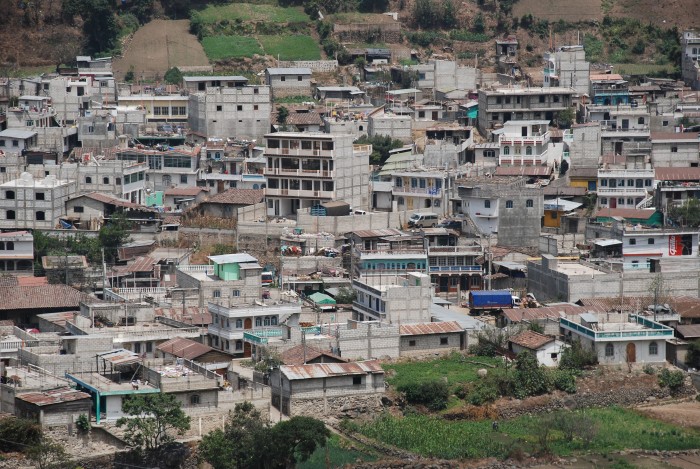 After a damaging earthquake in 2012, and the poor performance of some of the confined masonry there, the earthquake engineering association of Guatemala (AGIES) has undertaken the development of guidelines for confined masonry construction.
Earthquake Performance
Confined masonry has shown satisfactory earthquake-resistant behavior for minor construction, even if done in an empirical way. The good record includes satisfactory performance during the high-intensity 1976 Motagua earthquake and during medium-intensity events such as Cuilapa in 2011, Pochuta in 1991 and Uspantán in 1985 and during the recent November 7, 2012 seismic event, except, of course, when materials are of poor quality or the wall layout is very deficient.

Problems arise when the system is abused by builders due to their unfamiliarity with both the limitations of the system and the materials that compose it. The problem is compounded when the municipalities, who are autonomous and the only ones with the power to regulate construction in their counties, do not exercise any control or enforce restrictions to builders and owners of construction projects.

More details on performance in the 2012 earthquake are available here.

Codes and Standards
AGIES is currently developing technical guidelines and model codes with simplified provisions, specifically targeted at Maestros de Obra and municipalities. In parallel, they are revising the masonry code provisions for engineers and architects.

The process of making a concrete block described in this video: